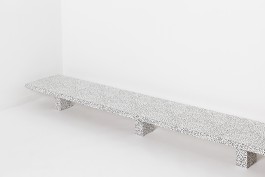 I'm fascinated by the process of dispersion—how ideas or symbols never really begin in one place, but always seem to be in the middle of finding their way into multiple conversations. The age of the internet has, of course, made this process decidedly obvious. Images proliferate. Archives swell. Appropriation of a given symbol captures the spirit of a moment, a surface acting as shorthand through which a sense of taste, awareness, allegiance can be claimed.

A few years after the death of Ettore Sottsass in 2007, it became apparent that the Bacterio pattern he designed for Abet Laminati in 1978 would return as one such symbol for the early 21st century. In response to this idea, I developed a series of approximately 12 individual objects that employ Sottsass's Bacterio laminate as a complete exterior surface or skin—an attempt not just to suggest a connection with the contemporary moment, but to push what was rapidly accelerating toward cliché into that netherworld. 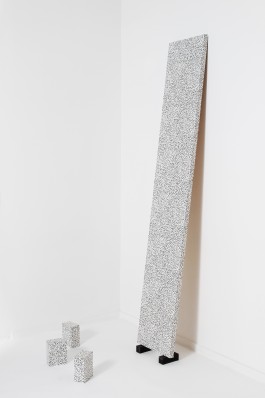