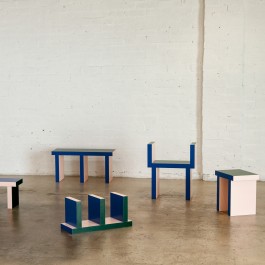 In the Philosophical Investigations, Ludwig Wittgenstein argues that words do not pick out particular things in the world, but develop meaning according to how they are used. So for Wittgenstein meaning is a function of the role a word plays in a particular context, not an absolute correspondence between signifier and signified. He describes this process as a “language game” and provides the example of a game constructed by a builder and his assistant. The two communicate, he posits, through a series of short exclamations: “Block!” “Pillar!” “Slab!” “Beam!” In the context of this usage, such one-word phrases don’t simply name objects; they call for actions to be taken (Hand me the block! Lower the slab!). Similarly, the game that I’m playing is to suggest that the meaning of an object is related to how it is used within a context or game.

In addition to their visual slabbiness (somewhat akin to miniaturized trilithic monuments), several of the forms included in the Ludwig series engage in a kind of Wittgensteinian play with the idea of a chair or functional object. Each piece is finished on all sides, allowing for the possibility of inverting a work or positioning it in a new way to achieve an alternate affordance: a bench becomes a bookcase, a low table serves as a record rack, an armchair suggests a totemic alter, etc. 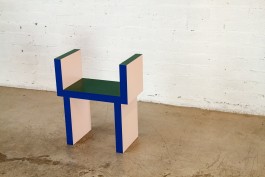 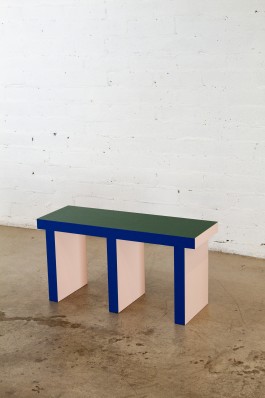 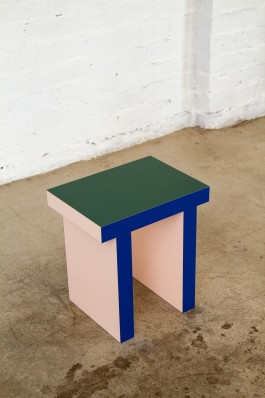 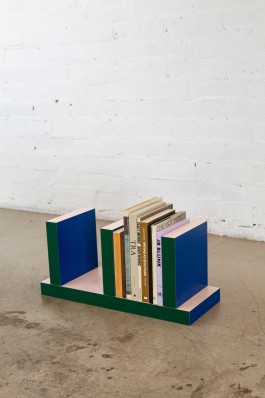 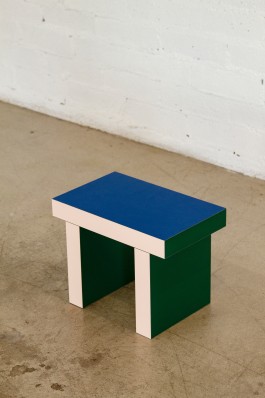